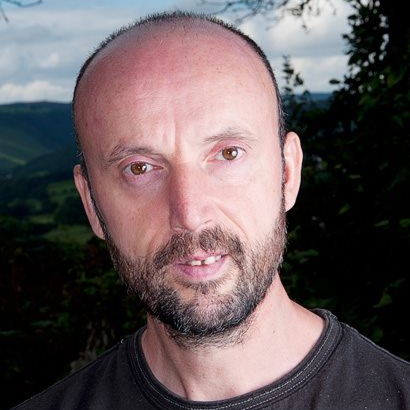 David Fleming’s journey into Clinical Somatics began in October 2008 when he trained as a Nia teacher, progressing through the various levels to complete his Black Belt training in August 2014. During this period, he became especially interested in the somatic aspects of Nia, influenced by elements from Alexander Technique and Feldenkrais Method. His interest in Somatics and somatic movement was enriched in 2010 when he also trained as a Nia 5 Stages teacher.

As David’s interest in Somatics continued to grow, he contacted Martha Peterson at Essential Somatics® and in March 2013 he hosted and attended Hanna Somatic Exercise Coach Training Level 1. Since then he hosted and/or assisted on several HSEC Level 1 trainings in the UK. David loved learning and working with Martha so much, that he joined the Essential Somatics Clinical Somatic Education professional training and obtained the distinction of Certified Clinical Somatic Educator (CCSE) in December 2017.

“For me personally, my experience with Essential Somatics has opened a whole new world of possibilities for me to enjoy including better sensing, better movement, a better lifestyle, and wonderful opportunities for work and play.”

David is located in Nelson, north of Cardiff in Wales, UK where he has a Clinical Somatic practice. He also travels and teaches Somatics workshops and immersions, and Gentle Somatic Yoga and Aerial Yoga trainings nationally and internationally.