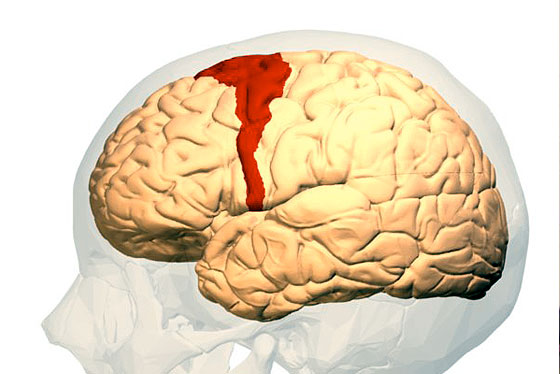 In February 2008, Forbes magazine published an article about the massive increase in costs of back pain treatment (costs rose 65% between 1997-2005). And yet, over an eight-year period the 23,000 people included in the Journal of the American Medical Association (JAMA) study reported no improvement and some reported worsening effects.

Many different treatments are used to address back pain: surgery, spinal injections, and painkillers among them. The spending on painkillers alone rose 423% during the time this particular study was conducted. One would think the advances in technology, painkillers and varying operations would help to lower the occurrence (and re-occurrence) of back pain. Apparently there is something missing in the traditional Western approach. They are treating the symptoms, not the source of the symptoms. They are treating the end product (pain) without asking why the pain is there in the first place and what may have caused it to develop. The field of Somatic Education has a different approach – one that confers long term pain relief as it teaches clients to understand the connection between their brain and how it organizes their body.

Clinical Somatic Education is neuromuscular movement re-education that teaches people to regain voluntary control of muscles that have become involuntarily and chronically contracted due to adaptation to accidents, injuries, surgeries, major illnesses or on-going/repetitive emotional or physical stress. That state of chronically tight muscles that won’t release is what Thomas Hanna referred to as SENSORY MOTOR AMNESIA. Sensory Motor Amnesia changes the way one moves and how s/he experiences him/herself from within.

Clinical Somatic Educators guide people with chronic muscular pain (back, neck, shoulder, hip) to reverse the cycle of pain by restoring optimum sensation and control of both muscles and movement. As one learns to sense muscles that were formally merely painful of tense, and then skillfully move them with voluntary control, often beyond their former limited range of movement, they rapidly reverse their cycle of pain for the long term. There is nothing mystifying about it – it’s all in the brain. Just as the brain can teach us to ride a bike, throw a ball or eat with a spoon, it also teaches us to adapt to stress by altering our posture, gait, or movement.

Sensory Motor Amnesia is a functional problem of the sensory motor system and it affects physical structure and alters posture and movement. It develops when we become stuck in our responses to stress and life. All humans respond to life by evoking three predictable full body reflex patterns: we contract the back to move us forward, tighten inward through the front of our body in protection or fear, or contract the sides of the body to avoid danger or pain. These reflexes are useful and necessary; we just don’t want to get stuck in them and lose the ability to find our sense of balance and freedom. Yet when we do – whether it be in response to injuries, trauma, the rigors of sports training, or psychological stress – our brain loses the ability to fully and voluntarily control our muscles and movement. The feedback loop between the brain and muscles goes into what can be described as”cruise control” or “auto-pilot,” and makes it difficult to control these muscles freely, both in the contraction and the relaxation phase. This is where pain can take root: joints can become impinged, arthritis can develop, and our structure/posture can change. This loss of control and physical freedom can change who we are and what we feel we’re capable of. The good news is that we can learn, through re-educating our nervous system, to restore our ability to self-sense, self-correct, and self-actualize and move the way we used to.

Examples of Sensory Motor Amnesia include:

Releasing muscle pain is an educational process. Because SMA is a learned, functional problem, it can thankfully be “unlearned.” Many cases of muscular pain – sciatica, scoliosis, frozen shoulder, uneven leg length or plantarfascitis – are viewed by most doctors as a structural problem. Somatic Educators view these conditions as functional problems, reversible through improvement of the sensory motor system. SMA cannot be reversed by through passive modalities such as massage, Rolfing, stretching or chiropractic.

This is because the control center (your brain) taught your muscles to remain contracted, therefore the brain must be involved in retraining the muscle to release and relax again. It will not learn it through passive modalities. Granted, passive therapies have their benefits (increased blood flow, release of waste products from the body), but their benefit is short-lived. Improving sensory motor awareness and function lasts a lifetime.

Clinical Somatic Education teaches a technique used in no other form of Somatic Education: pandiculation. Instead of stretching in order to relax tight muscles, clients learn to re-set muscle length and improve motor function through the use of pandiculation (active lengthening from a contraction of a muscle group, similar to a yawn). This technique stimulates the brain and nervous system to release chronic muscle spasms so that the brain can take back voluntary control of otherwise involuntarily contracted muscles.

Emphasis is put on Somatic Movements: a series of very gentle, easy self-care exercises that improve movement, balance, coordination, and flexibility. Through daily repetition these exercises create improved self-awareness, and self-monitoring, which increase one’s ability to be self-correcting in postural habits and overall movement.

Reversing Sensory Motor Amnesia addresses chronic muscle pain at its root cause – the brain – and the way in which the brain senses and controls movement. The implications for improving one’s overall health cannot be underestimated. Improved muscle function and body awareness translates into improved physiological health and the ability to be stress resilient and maintain physical independence and mobility as one ages.

In 2010, physiotherapists at the Sahlgrenska Institute in Gothenburg, Sweden found that individuals that experienced pain consquently limited their movement, which resulted in less body awareness and did nothing to alleviate their pain. When patients with back pain were taught “sensory motor learning” rather than “exercise therapy,” they had more confidence in their bodily awareness and no longer felt dependent on doctors to treat their back pain.

The findings at the Sahlgrenska Institute support the use of Somatic Education: movement re-education that relaxes tight, painful muscles as an evidence-based modality for treatment of back pain. Swedish physiotherapist Christina Schön-Ohlsson states that, “…inefficient movement patterns gradually become habituated even though the original injury or strain is no longer present.” Clinical Somatic Education directly addresses this issue.