The Science of Somatics 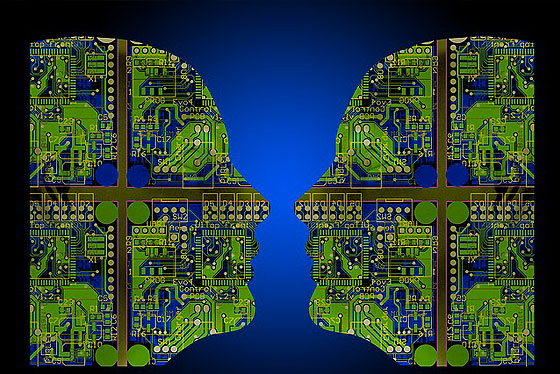 Hanna Somatic Education [HSE], also known as Clinical Somatic Education (CSE) is a form of neuromuscular (brain-body) movement re-education, which directly addresses the relationship between the nervous system and voluntary control of muscles and movement.

It is a holistic approach in which the practitioner leads the client in discovering her current movement limitations and habits through improvement in the functioning of the sensory motor system. This results in a reversal of patterns of muscular contraction, pain and poor posture. HSE seeks to rid the body of Sensory Motor Amnesia [SMA]; this phenomenon is the loss of conscious control of a muscle group, which occurs at the brain level through habituation from adaptation to a trauma or a stress reflex.

Knowledge of the nervous system and brain physiology is imperative to fully understand the effectiveness of Hanna (Clinical) Somatic Education. As we learn and grow throughout our lives, we develop habits, physically and emotionally. And as we learn motor skills, our brains develop habits that enable us to process more information and to learn new skills. By addressing the nervous system we are able to make permanent changes in these muscular patterns.

Unlike the five senses, which allow us to perceive the world outside ourselves, proprioception is the sense of oneself from within, and especially awareness of our position in space. More specifically, it is the sense that provides the feedback to and from our muscles and the central nervous system. Proprioception involves the efferent nerves going to (motor neurons) and coming afferent nerves from (sensory neurons) muscle fibers to regulate tone and tension. The first step in successfully relieving pain is to bring awareness, noticeable by the absence of proprioception, to recognize sensory motor amnesia (SMA). SMA occurs when the sensory neurons and the motor neurons no longer communicate properly with the brain, causing a break in the feedback loop in neural pathways. Communication among the sensory and motor neurons is an essential relationship for the brain to constantly adjust to movement and environmental changes. SMA can occur due to a sudden traumatic event or accident, from surgery, or from a habitually held physical pattern caused by repetitive movement or stress. These patterns may cause spasms, tight muscle pain, tension, and loss of muscle control. Once recognized, these muscles appear to “jump” or “skip”, or possibly have no movement at all during certain movements, further identifying the areas of SMA.

THE ROLE OF STRESS REFLEXES IN ASSESSMENT

Thomas Hanna codified three specific stress reflexes common to all humans. Hanna Somatic Educators look for SMA within these three full body patterns to begin the process of improving proprioception, and sensory motor control of muscles and reversing muscle pain. They are:

A clinical hands-on lesson is highly effective and methodical. It incorporates several techniques in specific sequence in order to evoke long-term change at the level of the central nervous system. These techniques include: kinetic mirroring, means-whereby, pandiculation, quick release and lock-in.  A further discussion of these techniques follows:

Means whereby, a technique created by F.M. Alexander, introduces basic awareness of movement. It is a passive technique, which aids us in assessing the range of motion of a specific set of muscles and where there might be muscular dysfunction.  The practitioner gently and slowly moves the targeted muscles through their range of motion in order to locate areas of SMA. SMA will show up as jerky, shaky or tight muscles that cannot relax.  This technique, a form of biofeedback, allows the client to begin noticing movement, or lack thereof, in their own muscles.

Kinetic mirroring, borrowed from Moshe Feldenkrais, is based upon the relationship between alpha and gamma motor neurons within the muscle and nervous system. The practitioner places the student’s muscle in a shortened, contracted position, bringing the origin and insertion of the muscles closer together. The idea is that in this relaxed yet passively shortened state, the muscle will reset its neural relationships, the brain will allow it to relax, and the resting tonus rate will be reset. This technique is effective in order to release especially tight muscles that cannot be moved by means-whereby. However, because this is a passive technique, it is less likely that permanent changes can be expected. As we will see, the student must be actively involved in this muscle to brain resetting for longer lasting improvement in muscle tone.

Pandiculation is arguably the most essential tool available to the Clinical Somatic Educator. This technique actively resets not only muscle tonus rate, but also the muscle length. Webster’s Medical Dictionary defines pandiculation as the “act of yawning or stretching.”  A pandiculation is a conscious, voluntary contraction of a muscle, followed by a slow, deliberate lengthening of that muscle and a complete relaxation. Cats and dogs pandiculate when they wake up and “stretch” their fronts legs forward, pulling their hindquarters back. They actively contract, then lengthen their body, which is very different from a passive stretch, in which muscles are pulled passively into a desired lengthened state. As the teacher, we apply an equal amount of pressure to the client’s contraction and ask them to slowly lengthen their muscle. To do this slow, deliberate movement the client must be engaged fully in their cortex, focused solely on control of the movement itself.  If the client loses control of the muscle, even temporarily, the reticular activating system [RAS] highlights this loss of control.  It becomes clear to the client that this movement, however basic, is outside his/her voluntary control. The RAS also compares movement before a pandiculation and after. It is also responsible for helping a client improve his/her ability to self-monitor and self-correct on a daily basis.

THE ANATOMY OF A PANDICULATION

Our nervous system consists of many sensors and communication pathways, both to and from the brain and every part of our body. In addition to nerve bundles going to our skin (dermatomes), our muscles contain nerve bundles as well, called myotomes. In a normal muscle contraction, the brain sends signals via the alpha and gamma motor neurons (MNs) equally. Alpha cells innervate (activate to contract) extrafusal muscles fibers (external), gamma cells innervate intrafusal muscles cells (internal). Intrafusal muscle fibers contain spindle cells, which send signals back to the brain via sensory neurons communicating how long or short the muscle becomes. When working correctly, the alpha and gamma MNs have equal signals in length and velocity. When the alpha and gamma cells fire at the same rate, the spindle cell maintains its “rest” state. This is called “alpha/gamma co-activation”. If alpha and gamma motor neurons fire at different rates, the length of the spindle cells reset causing a change in muscle tone. This imbalance may be the cause of sensory motor amnesia, and can result in muscle spasms and/or difficulty in contraction.

In a pandiculation, we consciously contract the muscle and then lengthen from that full contraction. When the muscle is fully contracted, both the alpha and gamma MNs fire at the same rate, resetting at “0”, so to speak. The pandiculation continues when the contracted muscle is slowly lengthened away from the contraction. By going slowly, the muscle is able to continue to fire its alpha and gamma MNs at the same time. We bring conscious and voluntary control back to that muscle. A new “tone” is set for the muscle, and the alpha/gamma co-activation is reset.

Quick Release is used after a pandiculation of a certain muscle or muscle group. The client moves through the new range of motion [ROM] quickly in order to integrate the present speed and range of the formerly tight muscle at the level of the CNS. Once the client has learned to control his/her muscles using the cortex of the brain (which occurs during pandiculation), learning must be incorporated within the cerebellum; the entire range of motion of the specific muscle group needs to be integratedquickly and without hesitation. The cerebellum is responsible for processing information received from the cerebral motor cortex and integrating it into smooth movement, balance and coordination. It also functions at an involuntary, unconscious level, and is responsible for sensory motor amnesia. Quick release can be a challenge for some clients, as fear is an inhibiting factor for those who have been injured. Having them repeat the “quick release” several times will help to reset their timing, range and coordination.

Lock-In is done after Quick Release, as the student actively contracts in the opposite direction taking the antagonist into a full contraction to allow the focus muscle to completely let go and release. This step helps to maintain muscle tone and is also known as reciprocal inhibition.
This process of assisted pandiculation and lock-in allows the nervous system to reset and quite effectively corrects habituated patterns in the body, whether they have been held for days or years. The mechanism by which they have become learned and subsequently corrected is the same no matter the length of time that has passed.

SELF-CARE – THE KEY TO LONG TERM IMPROVEMENT AND PAIN RELIEF

Although private clinical sessions and assisted pandiculations are profoundly effective in quickly correcting unhealthy movement patterns, the most essential component of one’s Somatic Education is the series of self-care movements clients learn either in class or during a clinical session. Improved sensory motor functioning can only be successful for the long term through patient, persistent repetition and practice. Because myelin is increased for enhanced neuronal conductivity, students will find that these self-care movements readily increase their flexibility, balance and overall coordination. Just as “bad” movement habits are learned and embedded in the cortex of the brain, so are “good” habits.

Fifteen to twenty minutes of Somatic Exploration per day increases self-awareness, self-monitoring and the ability to self-correct. All of the gentle, functional movements – mainly addressing the larger muscles of the trunk – seek to improve overall control of the basic movements of walking, running, bending, reaching, extending, flexing and side-bending.

As Hanna Somatic Educators we may never go into minute detail about the workings of the brain with our clients.  We may never discuss neurophysiology with a referring physician. However, it is in understanding how the brain works that will allows us to guide our students to physical freedom deliberately, intentionally and intelligently.  Each of us contains within our brains, muscles, and bodies life experience that is completely unique to each of us. The experiences that we hold within us contribute to our present states of healthy and unhealthy patterns. A continually growing knowledge of neurophysiology greatly aids in that constant growth of ourselves and our relationship in helping others.